Climate change and the global energy crisis threaten the lives and livelihoods of billions of people worldwide. Ninety-seven per cent of climate scientists agree that human activities produce greenhouse gases that are heating the planet. The primary sources of greenhouse gases are the burning of fossil fuels for energy, industry and transport, industrial agriculture, and deforestation.

There are solutions to the climate crisis but we must act now. Change must happen in an equitable and just manner, following a climate fair shares approach. Read our People Power Now Energy Manifesto to see our 10 demands for an energy system based on people power and justice

This warming is having a devastating effect on our planet, causing heatwaves, floods, droughts, storm surges, rising seas and more intense storms. The results include crop failures, wildfires, loss of lives, homes and livelihoods - hitting the poorest and most vulnerable hardest.

The climate crisis combines with an energy crisis that leaves 1.1 billion people without access to electricity. This same energy crisis forces a corporate model of dirty energy on communities who need access to safe, clean, community-owned energy.

Unsustainable economic and development models, based on fossil fuels and other destructive energy sources, and the concentration of power over energy goods and services in the hands of the wealthy few, drive these crises.

Friends of the Earth International is part of a growing, diverse and effective global movement to resist dirty energy, champion alternative energy sources, and push for climate justice. We are fighting to stop corporations like Shell from wrecking the climate.

All over the world, the fight against #DirtyEnergy is growing, and calls for climate justice and a just energy transformation are getting louder. Friends of the Earth groups across six continents are mobilising to fight for climate justice. Join us. Together we can fight the climate emergency.

"Greenhouse gas emissions need to be reduced urgently and fairly. Climate change is already having devastating effects, with impacts disproportionately felt in the global South."

Even if the Paris Agreement commitments are implemented we remain on track for a 3 or 4 degree world, when we need to keep the average global temperature rise below 1.5 degrees. We must do this in a way that is fair - rich countries need to stop emitting greenhouse gases now, and must pay their fair share to support the global transition to sustainable renewable energy for all.

A transformation of the energy system is fundamental to system change and to tackling climate change. It entails democratic answers to the fundamental questions: for whom and what is energy produced? It means a total departure from fossil fuel reliance and corporate control. Energy sovereignty is one key solution, allowing communities to choose sustainable energy sources and develop healthy consumption patterns to create sustainable societies.

"This must be a just transition, founded on worker and community rights. It is not only about changing technologies and renewable energy, but about public and community ownership and control, addressing the root problems of a system that turns energy into a commodity and denies the right to energy for all. It requires equity and justice, especially for those already impacted by the changing climate in the global South."

A Deadly Ring of Coal

15 years ago, when the Mozambican government signed a contract with mining giant VALE, almost everybody in Mozambique be...

AMSTERDAM, February 28, 2022 - Attempts by the US and developed countries to remove key climate finance terminology from...

Les Amis de la Terre France/Friends of the Earth France, Nape/Friends of the Earth Uganda, Survie and other Ugandan organisations have uncovered the devastation to both peoples and the environment caused by Total’s mega oil project in Uganda. Total is causing untold environmental damage and grabbing the land of tens of thousands of people. So organisations are supporting these Ugandan communities to take Total to court in France.

How we defeated Shell: A do-it-yourself manual for climate litigation

On May 26, 2021, we won the Climate Case against Shell. The judge ruled in this lawsuit that Shell must reduce its CO2 e...

If it’s not feminist, it’s not just.

In the last decade, the Just Transition rhetoric has become part of the global discussion around addressing climate chan... 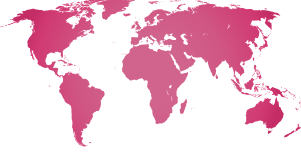 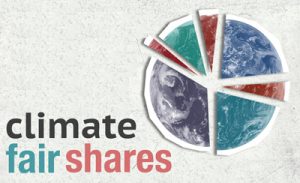 This project is funded in part by the European Union